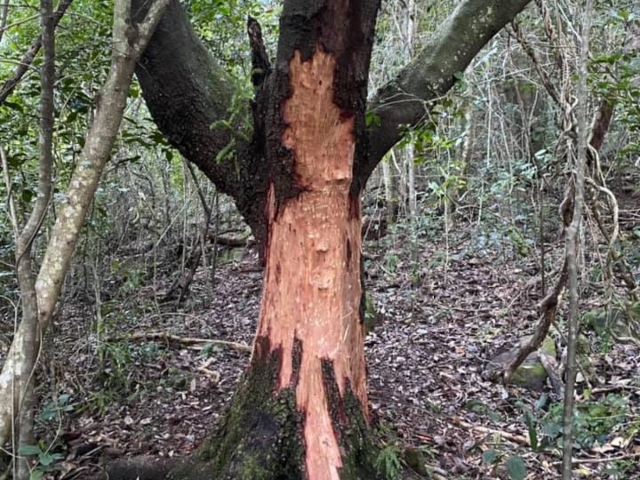 A stroll in Newlands Forest is good for the soul.

You’ll usually notice plenty of activewear on display, the odd dog owner playing dumb while their four-legged friend drops the kids off, and trees that have had their bark stripped off.

The first observation is true for anywhere in the Southern Suburbs, as is the second, but bark stripping is particularly bad in Newlands.

Organisations like the Newlands Forest Conservation Group have been hard at work to draw attention to the problem. That work has been rewarded with Carte Blanche now taking up the cause:

Largescale and organised bark stripping in Cape Town’s Newlands Forest is slowly but surely killing it. The harvesting of tree bark for sale and use in traditional medicines is causing a growing army of the city’s nature lovers to take action.

They say it’s the equivalent of stripping the skin off living humans as it rips away the trees’ ability to disperse water and nutrients.

Joining SANParks on patrol under the cover of night, Carte Blanche investigates the mission to save a forest from bark strippers, and how best to secure a place in society for traditional practices.

There’s no easy or quick fix to the problem but something does need to be done soon.
Go here to report bark stripping