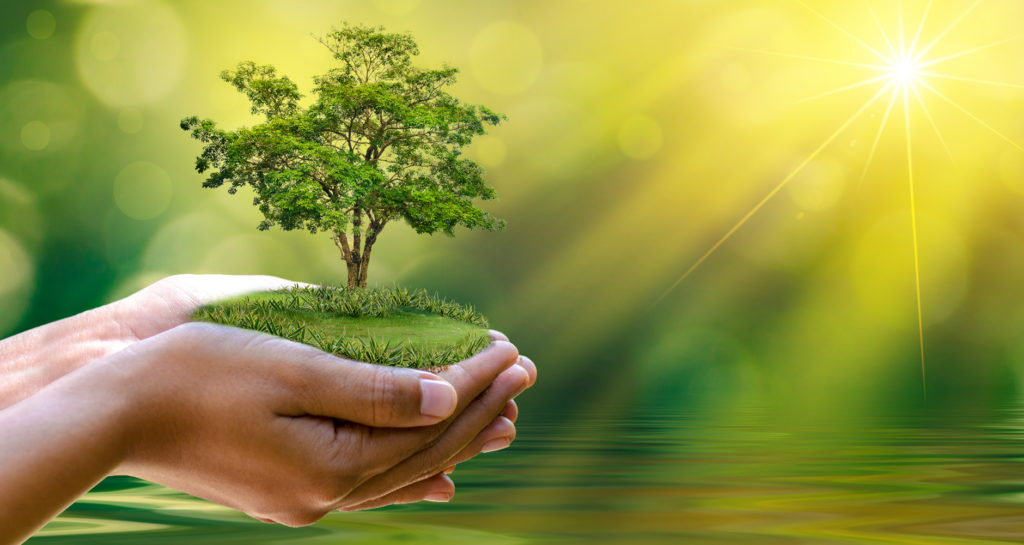 We live in a warming world, where growing threats from climate change require climate adaptation.
As the world seeks solutions to the crisis, urban forestry is a key component of any civic strategy that’s looking at ways to maximise the benefits that trees provide.

Clean The Air
Trees are our survival tool.
They are often referred to as the “lungs of the planet” because they alter our environment by using their leaves to filter the air we breathe, by absorbing carbon dioxide from the air while releasing oxygen.
Did you know that just one tree can produce enough oxygen for four people?

Researchers have found that urban trees and forests are saving an average of one life every year per city because of the particulates that they remove from the air.
And that old-growth trees hold much larger amounts of carbon and harmful pollutants than their younger counterparts.
Each year, one tree cleans and purifies around 100,000 square metres of polluted air, creates 700 kg of oxygen, and absorbs 20 tons of carbon dioxide.

Cool Down The Streets
Global warming is on the rise.
Temperatures are increasing while tree coverage is declining.
With over half of the world’s population living in cities — notoriously hotter because of concrete buildings, poorer air quality, limited shade and reduced green space — we must try all we can to beat the heat.

Studies suggest we need at least 40 percent canopy coverage to combat the heating effects of concrete in cities.

Trees can cool cities more than 5 °C by providing shade and releasing water.
Shaded surfaces can be 11–25°C cooler than unshaded surfaces.

Just three trees around your house can reduce air conditioning costs up to 30 percent, and by providing windbreaks, save 10–50 percent of energy needed for heating.

Conserve Energy
A tree is a natural air conditioner.
The evaporation from a single tree can produce the cooling effect of ten room-size, residential air conditioners operating 20-hours a day.

Acting as a natural air-conditioner, leafy green neighbourhoods with a lush canopy ensure that summer temperatures are at least 3 to 4 °C lower than in comparable suburbs without trees.

Reduce Runoff
Trees reduce storm water runoff, which reduces flooding, decreases the flow of polluted water into the sea, and protects the banks of rivers.

This makes them a very important part of storm water management for a city, because they hold vast amounts of water that would otherwise stream down hills, surge away, and be wasted – to say nothing of reducing water management costs.

By breaking the rainfall and allowing water to seep into the soil, trees prevent storm water from polluting oceans and rivers, since storm water can be full of phosphorus pollutants and nitrogen.

As they fall, drops of rain gain power and momentum strong enough to penetrate soil once they hit the ground. But if the land is dried out, then wind can do significant damage.

Trees break droplets of rain and weaken their strength, while roots hold the soil together and protect it from effects of wind. Trees help soil obtain moisture.
Did you know that the loss of topsoil is SA’s greatest export?

Fallen tree leaves lower soil temperature and prevent soil from losing too much moisture.
Decaying leaves that fall onto the ground turn into nutrients for tree growth, boost biomass, and promote micro-organism development.

Boost Biodiversity
Trees bring natural elements and wildlife habitats into urban surroundings, all of which increase the quality of life for residents in the community.

These habitats support an incredible variety of living things, known as biodiversity.
By protecting trees, we also boost the other plants, birds and animals that they shelter.

Studies show that high levels of biodiversity have a “dilution effect” on disease within hosts, making diseases less likely to jump to humans (zoonotic). Already, three out of every four new infectious diseases in people come from animals.
By protecting forest habitats and the species that live within them we could prevent future  pandemics.

Bump Up Climate Resilience
Urban forests include street trees, parks, and other elements of green infrastructure.

They provide benefits for both carbon mitigation (removing carbon dioxide from the atmosphere via photosynthesis and reducing greenhouse gas emissions) and climate adaptation (helping human and natural communities adapt to changing conditions, such as more frequent extreme heat or longer periods of drought).

Fuel Energy Source
If harvested and treated sustainably, woody biomass from trees can provide a low (not zero) carbon fuel and a great renewable source of energy.

Trees are simple to use, have been around since the beginning of time, and with smart management, can become an excellent eco-friendly fuel – to say nothing of braai wood.