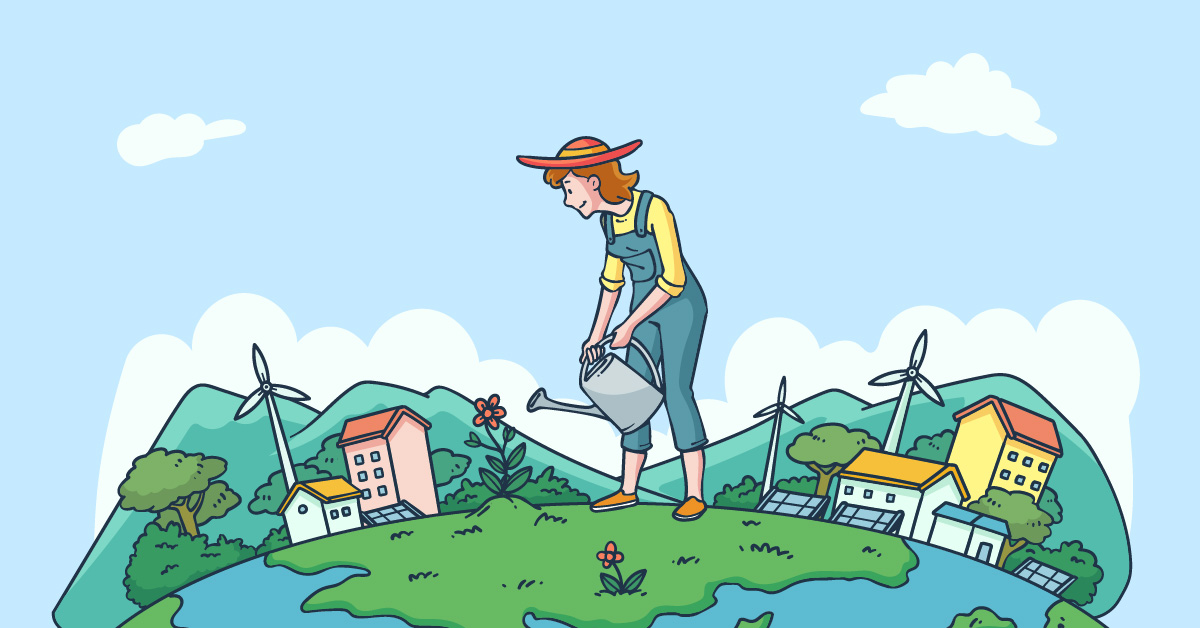 Most often we plant trees to provide shade and beautify our landscapes.
These are visible benefits, but trees also provide other less obvious benefits that are wide-ranging and affect individuals as well as communities.

Enhance Health
Trees are a front-line of defence that have been shown to reduce both deaths and respiratory disease.

In the USA with a population of 330 million, urban air pollution causes 200,000 deaths per year. Studies show that urban vegetation slows heartbeats, lowers blood pressure, and relaxes brain wave patterns.
One study found that people experienced more deaths from heart and respiratory disease when they lived in areas where trees had disappeared.
Another study found that adding a row of trees between a roadway and nearby houses reduced pollution levels in the houses by 50 per cent.
A further study found that hospital patients who can see trees out their windows are hospitalized 8 percent fewer days than their counterparts.

Lower Obesity
Access to green spaces and parks promotes an active lifestyle, which can reduce obesity.
Greater physical activity also reduces stress, while improving the quality of air in our cities.

Beef Up Academic Performance
Children have been shown to retain more of the information taught in schools if they spend some of their time outdoors in green spaces.

Make Life Nicer
Trees help people feel serene, peaceful, restful, and tranquil.
It has been shown that spending time among green spaces reduces the amount of stress as well as workplace fatigue that we carry around with us in our daily lives.

Decrease Crime
Neighbourhoods with abundant trees have significantly fewer crimes than those without. Researchers say this is because green spaces have a calming effect and encourage people to spend more with their neighbours outdoors, bolstering community trust.

Act As Sound Barriers
Trees that are planted at strategic points in a neighbourhood or around homes can buffer major noise pollution. This is especially nice if you live near a freeway or airport.

Supply Livelihood
While many drugs that come from plants and trees have been replaced by synthetics, there is no denying how important they are when it comes to modern medicine and research.
A quarter of our planet’s medicine comes from plants found in the rainforest (where 50 percent of all plants and animals on earth live) and if you add the species in coral reefs, they make up 40–50 percent of our pharmaceuticals.

As we continue to encroach on /destroy forest habitats, we lose these valuable species and create bigger threats.
Such as the devastation by ‘muti’ gatherers –scavengers who are bark stripping our forests’ natural heritage to feed the multi-million rand traditional medicine industry.

Inspire Reverence
Many indigenous cultures hold trees sacred because they believe their ancestor’s spirits live in the forests. In South Africa it is estimated that there are as many as 200,000 traditional healers who are consulted by approximately 60 percent of the population, and about 4,000 plants that are used for traditional medicine.

There are two types of traditional healers, the diviner (sangoma), and the herbalist (inyanga).
They are effectively South African shamans who are highly revered and respected in a society where illness is thought to be caused by witchcraft, pollution or through neglect of the ancestors.